The kitchen, based in Simon’s Town, provides the homeless and vulnerable families across the province with meals.

And due to a recent partnership with another non-profit organisation, The Care Company, the kitchen will up its feeding to 3 000 people a day from April 1.

The kitchen was founded by Pastor Shaddie Valayadum during lockdown last year. It cooks about 45kg of rice and about 50kg of chicken or mince a day and is run by a board of eight members, Pastor Valayadum, his wife Liza, their 18-year old son Bracyn and several volunteers from Simon’s Town, Ocean View and Masiphumelele.

All meals are halaal and meat and vegetables are prepared the day before. The team has four hours to cook and plate 1 000 meals. The food is then collected by volunteers who deliver and distribute it.

“We aim to cook tasty nutritious meals,” Pastor Valayadum said. “I test the food myself to make sure it is tasty and spiced correctly.”

Pastor Valayadum and his wife have worked with vulnerable people throughout their marriage. They managed the Kids Club in Redhill from 1999 to 2003, teaching children the fundamentals of life, and Pastor Valayadum has worked with the homeless in Simon’s Town for many years.

“We are passionate about what we do and we love feeding people,” he said.

The kitchen receives no government aid and depends on community donations, the generosity of family and friends and “a Saturday lunch fund-raiser” prepared by the Valayadums.

Members of the community can buy meals such as butter chicken and rice or slow-cooked beef and mixed vegetables and a dessert for R70.

“We cook something different every week,” he said.

My Father’s House provides food to the homeless in Fish Hoek and Simon’s Town; residents of Sunny Acres Caravan park; children in Capricorn; the elderly in Ocean View and Masiphumelele; and residents of Pelican Park, Mitchell’s Plain, Tafelsig, Beacon Valley, Macassar, and Firgrove.

“The need has increased in recent months, and we go wherever there is a need and feed unconditionally,” he said.

The kitchen provides dinner Monday to Friday, lunch on Saturday and Sunday and it feeds the elderly in Masiphumelele and Ocean View every Friday.

The partnership with the Care Company, which delivers home-based care for the elderly across the Western Cape and Gauteng, will now enable My Father’s House to provide up to 70 000 meals a month.

Jonathan Mills, founder and chairman of the Care Company, said a recent partnership with the Peninsula Schools Feeding Association, which is one of the recipients of the City’s grant-in-aid for humanitarian relief, had enabled them to expand their feeding project. The Care Company works with a number of kitchens, including My Father’s House, to serve 15 000 meals a day from Cape Point to Westlake and Retreat.

Petrina Pakoe, director of Peninsula Schools Feeding Association, said the project would start as soon as the funding had been released.

Nicole Abrahams, who has been on the streets of Simon’s Town for a year, said My Father’s House and Pastor Shaddie, as she calls him, had been a “lifesaver.”

“Pastor Shaddie makes the best stew,” she said. He did not just feed people, he made sure they enjoyed their meals, she said, adding that he had also provided her with blankets and clothing.

Pastor Valayadum said the kitchen needed volunteers to collect food from My Father’s House and drop it at the various feeding points.

“The volunteers work seven days a week and they are tired. We need more volunteers so they can have a break,” he said.

Volunteers must have their own transport. Visit their website if you would like to volunteer, order a Saturday lunch or make a donation to My Father’s House. 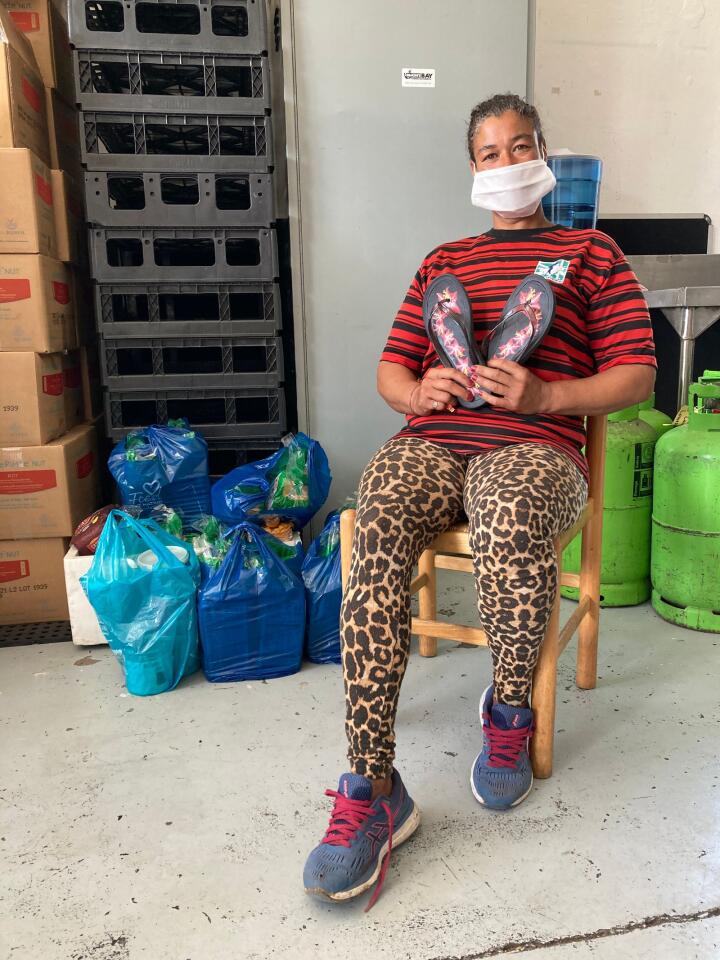 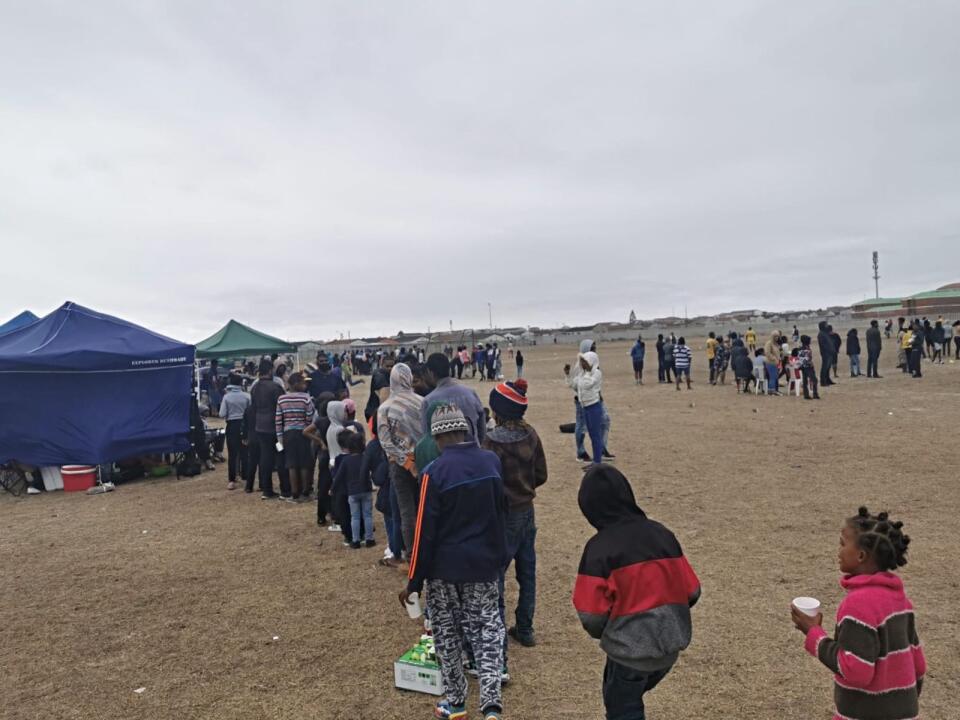 2/2: Children in Mitchell’s Plain queueing for food during a recent feed.